Technion researchers, led by principal investigator Prof. Josué Sznitman of the Faculty of Biomedical Engineering, designed an in vitro platform for studying the dynamics of inhaled particles and ensuing deposition patterns inside pulmonary acini.

The acinus-on-chip platform consists of an anatomically inspired, multi-generation network of bifurcating airway ducts lined with alveolar cavities, where the walls are periodically deformed in a physiologically realistic "breathing" fashion.

"This artificial-breathing 'guinea pig' not only has the potential to serve as a screening tool to quantify the fate of inhaled particles inside the lung depths, such in vitro methods may also provide viable alternatives in the future to traditional, but controversial, animal testing," says Sznitman.

In February 2015, Sznitman and his doctoral student Rami Fishler patented the device.

In June 2015, Sznitman received the “Young Investigator Award” for a researcher aged less than 40 from the International Society of Aerosols in Medicine (ISAM). 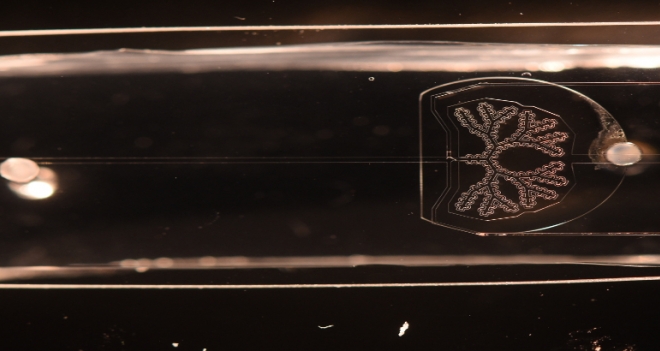 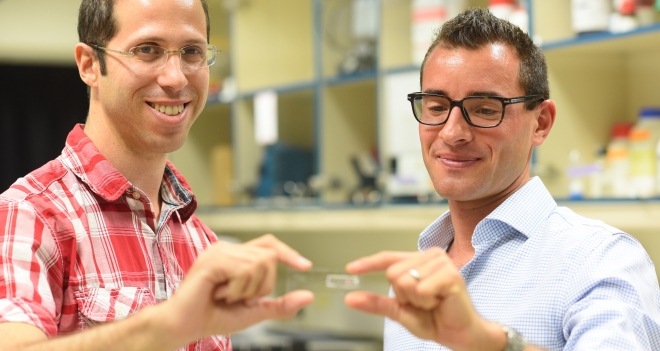